There aren’t too many things that interrupt business quite like lack of heat and electricity. We showed up at work at the normal time Saturday morning, flipped the light switch, and nothing happened. We went over to the circuit breaker and messed with that for a couple minutes and still had no power. That was a bit frustrating because we can’t see very much with just natural light. Then, we noticed that we had no heat either. So, we couldn’t use the ovens, the refrigerator wasn’t working, the freezer wasn’t working, and our ice cream ingredients were slowly going bad.

The electricity issue was apparently related to a downed power-line that we affecting all businesses and homes within a 1 mile radius. We called the electric company and they said they had people working to restore power. They also mentioned is would take about 12 hours to get it back, so the day was pretty much shot.

The lack of heating was a problem with our boiler. Our company’s boiler is supposed to produce heat and hot water, but it wasn’t working at all. The pilot light was flickering and there was no heat, so we called Queens Boiler Repair Pros who determined it was a boiler leak. Apparently the pipes had corroded and the pressure gauge was damaged. They had the replacement parts in their service truck, so they spent an hour taking the system apart, inspecting it, installing the new gauge, and switching out the rusted piping. Afterwards, the pilot light came on like normal, the rumbling noises were gone, and we could get heat. 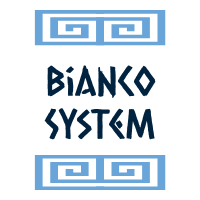